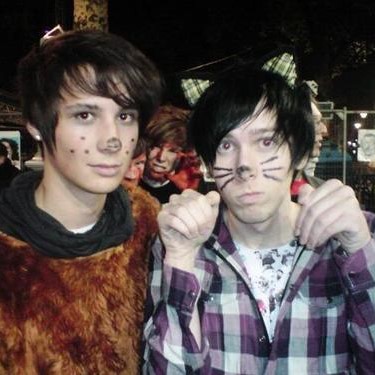 hi!!!1! welcome to my archive of lost/rare dnp videos :D

ummm i don't really know what to say here lmaomsnfnmzbvxbmsjfd ...

i've been watching dnp for almost 4 years now, and for about a year i've been traveling through the wayback machine; it started because i was curious to see how their channels have changed through the years, but after a while i realised there were also some videos that happened to have gotten archived even though they were now deleted or set to private.

it wasn't until this past may that i found neocities & i decided to organize my mess of bookmarked pages & randomly saved videos into a cute comprehensive site!!! :D i mean what better thing to do with my time over lockdown than teach myself html lolll

i basically have 2 different versions of each page; the first being my first attempts at working with html, with a very basic layout and stuff. but the background is very simple, so if you have trouble with flashing colors i'd recommend you check out those pages !! the second versions of the pages have colorful flashing backgrounds - i don't find them overwhelming or anything but i don't have an issue with eyestrain/flashes so i just wanted to put a warning!!!

DISCLAIMER!!!! i will NEVER include videos such as the vd*y vid because the last thing i want to do is share content that is harmful for them, or that they've explicitly stated they don't want shared. some of these videos have been deleted or unlisted because they were collabs with someone who turned out to be a bad person (think: alex day), or because they containted jokes which are offensive and can be harmful to the potential millions of viewers they now have, or simply because they thought it was cringy. if you find any videos which you feel i should remove from the archive, please dm me on twitter with your reasoning & i will more likely than not do so. (although i won't be removing any videos that are publicly available on youtube through a reupload, as most of them have been up for years with no repercussions)